Peter Hessler is always focusing on presenting ordinary people’s lives. It has been more than ten years since the publication of his China Documentary Trilogy. In 2019, Peter returned China and settled in Chengdu, Sichuan Province with his wife Leslie Chang and their twin daughters. Since then, he has been working as a teacher at Pittsburg College of Sichuan University. During the past ten-odd years, moving from one country to another has already become a way of living for him. For this reason, Peter is always regarding himself as an outsider no matter where he live. As a writer, the outsider identity keeps his mind sharp, makes it easier for him to observe the world.

In Peter’s writing class at Sichuan University, why did he invite his students to think about their social class? What does he think of China’s writing education? With so many nonfiction writing materials, how does China establish its own tradition and market? How does he receive and consider about Chinese contemporary literature? In his eyes, what kind of reporting tradition should we stick to ?

In this August, we went to Chengdu and had a conversation with Peter Hessler. The conversation, lasting for three hours, is divided into two episodes and the latest one is online this week, available in both English and Chinese. The Chinese version is translated by Li Xueshun, the Chinese translator of River Town, Strange Bones and Country Driving, who was also Peter’s former colleague in Fuling. In the previous episode, Peter shares with us his life in Chengdu, especially his observation on Covid-19. He also called back the backstories of writing the Chinese Documentary Trilogy. For this week, he mentions about his long-lasting friendship with his former students and colleagues, his teaching life in Sichuan University, and also his opinions on non-fiction writing, education system, class solidification and the value of establishing face-to-face connections with people in the fast-changing world.

03:00 Facing more intense competition, students from one-child family nowadays work even harder than those students in Fuling over 20 years ago.
08:53 The discussion of social class in writing class: George Orwell is the Lu Xun of England; analyzing social class gives people a special perspective.
13:43 The success of River Town doesn’t change any other’ lives more than Peter’s.
17:02 Peter’s long-lasting friendship with his former colleague Li Xueshun and students Willy and Emily.
20:30 He’s an “outsider” wherever he lives, and this keeps his mind sharp to observe the world.
24:10 On education system: “The United States is too relaxed and China is too hard. I think a middle path would be the best.”
25:38 Both Peter Hessler and Lesile Zhang spent a lot of time doing math exercises in order to help their daughters.
28:42 China’s writing courses in He Wei’s eyes: “You memorize these set phrases, you use them as a writer. It's often not so much on expressing yourself.”
29:49 Students in China must recite many poems, which is unusual in the U.S. This behavior connects people with their tradition.
32:40 Non-fiction writing materials can be found everywhere in China. But China hasn’t yet established a market big enough to support the tradition.
34:58 “If I'm going to support myself as an independent writer，I have to be smart with money and investments.”
38:28 Chinese students majoring in journalism prefer theory learning to practical reporting.
39:15 Peter is impressed by many Chinese novels such as Wolf Totem. He realized that Chinese writers tend to use symbols to describe about the society.
46:49 In Peter’s mind, it’s of great value to interact with people face to face. He consider himself as a dinosaur in the times of social media.
50:58 Class solidification do exist in China, but there still remains some fluidity.

【Guest】
He Wei, or Peter Hessler
(born June 14, 1969) an American journalist, non-fiction writer and a staff writer in New Yorker who is the author of three books(River Town, Country Driving and genius Grant) about China 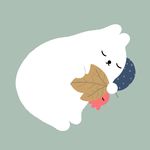 momofuku_7
2020.10.02
23
06:04 Oh shoot... ”they can’t be going down, right? they were already peasants anyway...they can’t be going lower than that in China.” well, they might be...this “rhetorical question”just sounds unbearably condescending男主持作为前媒体从业人员对底层民众现状未免太不够了解，反问语气也给人一种混不吝的感觉，所以我能理解其他听友的不适感。 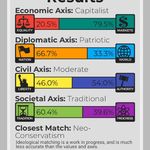 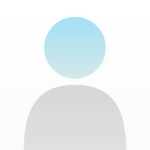 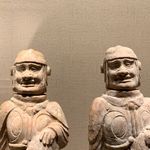 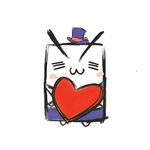 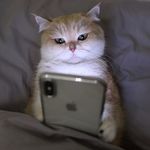 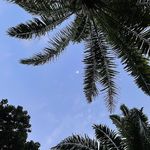